I am typing this at 11am on the 11th November, when all over the world people are stopping for 1 minute’s silence.  Silence alone is not enough, that minute should be used to reflect on all the brave men and women who have perished in wars, not just the two dreadful World Wars but all those wars since and tragically still ongoing.
The poignant and proud memories from 26 years ago, Sunday 12 November 1989 come flooding back. I was the Mayor of Chipping Norton and one of my proudest moments was Remembrance Sunday, an important day in the civic year. Out came the ancient robes, the mace checked out of the bank and carried at the head of the procession, the silver band playing outside the Town Hall.  I lead the parade of past Mayors, Dignitaries, Old Soldiers; a truly traditional and grand occasion, to the Parish Church of St. Mary the Virgin. 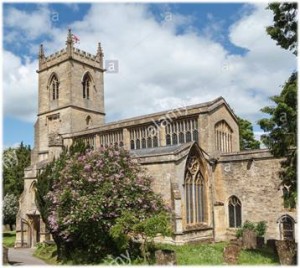 As Town Mayor I read the lesson and laid the first wreath of poppies.  I felt very privileged to honour the brave men of two great wars. The Civic procession then marched from the church to the beautiful Town Hall where it is the custom for the Mayor to address the people of the Town.  There they were, some of the Old Soldiers standing to attention with medals from two world wars, dignified and straight backed in spite of their years, the fresh faced young cadets, cubs, guides and rows of those from all over the town there with their own memories and reflections .  I worried about what to say, over the years; surely it had all been said.  But the Sunday of my march, I had opened the papers, and there, on all the front pages, was the triumphant picture of the breaking down of the Berlin Wall – and the start of the building of a new German democracy. 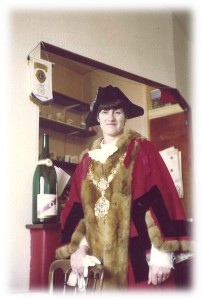 My speech had been written for me. Here was a Berlin celebrating freedom this very day, when we had been celebrating for over 40 years.  I felt so emotional and humble.  I do not remember what I said, only that at the end I burst into tears and had to step back.  Later, at the reception, feeling rather embarrassed, one of the old soldiers, Colonel Messenger, 92, a veteran of the Battle of the Somme, approached me and said “Jan, do not feel embarrassed, your speech was from the heart this is a day for emotion and tears.” I realised, as people shook my hand and hugged me, that, by chance I had struck the right chord for the day.

Years later I was re-united with my father one of the pilots of the gliders who took the parachutists to Arnhem. I love Winston Churchill’s words describing them:  If you are standing beside a man in a pub and he tells you he was at Arnhem, buy that man a drink; he is a hero” that quote still rings in my ears adding to my own reflections in a very precious minute.

One thought on “Remembrance Day: 11th of November”